Abrasion damage is particularly important in military aircraft internal combustion engines where dust particles caught between any moving parts exert a cutting action. Examples of this kind of damage are numerous and dramatic. In fact, the failure of the German campaign against Russia during World War II has been attributed in large part to dust problems.

The effects of dust have been the subject of considerable investigation by the defence industry and in general it has shown that abrasive action caused by dust has reduced considerably the efficiency of military equipment and military aircrafts. This abrasive action is not limited to internal moving parts but is also damaging to exposed components such as propeller blades and various kinds of linkages. 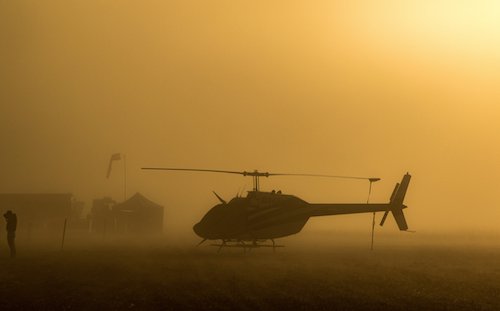 The effects of dust in the category of clogging and blocking include a wide variety of specific problems brought about by the mere presence of dust. These include many kinds of electrical failures where dust prevents positive contact.

At Eco-Soil Group we are aware of the fact that dust generation has been a problem for the military for many years and that military missions often operates in austere environments with little or no improved infrastructure at all. Having said that, we offer the most advanced and innovative technology in dust suppression which can be used in all your military operations worldwide. Depending on your needs, we can help you develop a customize dust control programme to tackle your most critical dust generation points.

All of our products have been verified by independent organizations and manufactured by the highest standard of quality.

It is time to use NEW method to stabilize soils and suppress dust.